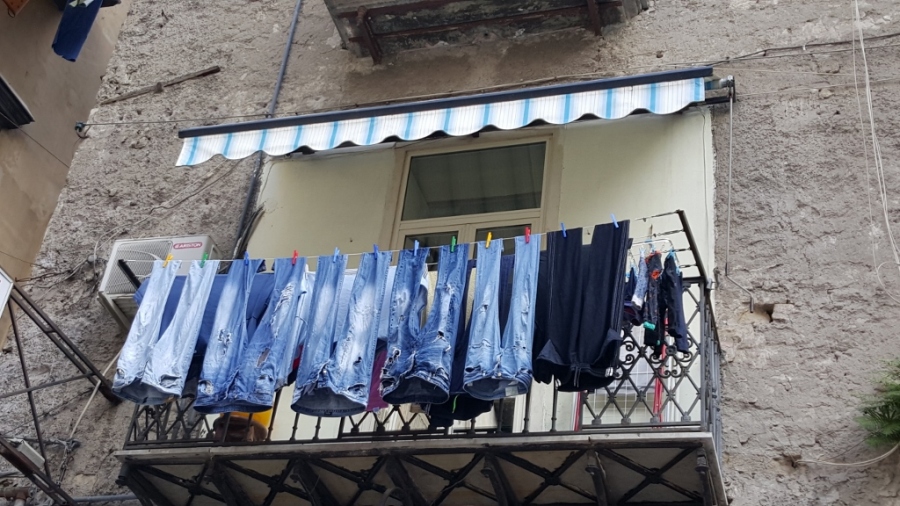 I picked this book during my recent book-buying-spree, I couldn’t make up my mind which one I want to start with and then I thought how everyone was raving about this one. Also I hoped it would be a lighter read than the dark Neapolitan Series.

It was, I breezed through the book, faster than through any other recently. It is a story of the Whitshank family, initially we see it from the perspective of Abby, Red and their children. Their constant worries about Denny who unlike other kids always seems to be running from the family, as soon as he grows up he vanishes and only comes back when he wants to. Whitshanks also have two daughters, Jeannie and Amanda, and another son – Stem.

We see how the roles slowly but surely change from parents being the caregivers to children assuming this role later. The book mentions two founding stories that the family has, but as we get to know them better we see there is more than two stories, for some reason however the Whitshanks decided those two define them as a family. At one point we jump back to be told the story of Abby and Red and then even further back to get to know Junior and Linnie Mae (Red’s parents).

Tyler tells a story of a family and not much more. The more we get to know them the more we understand they are not a special family, even if they think that way. They are so average it hurts. For every one of those stories each of us could tell our own and probably add some more. I could not relate to the characters completely, because they all seemed to have one dominating feature (Abby – charitable, Denny – secretive, Amanda – bossy etc.), they weren’t people they were just forms. That would be fine, if the book was saying something new or profound, but it isn’t. Maybe my expectations were to high (especially after dark books by Ferrante), because it definitely was good entertainment, writing is very good, words simply flow, it’s a pleasure to read from the story and language perspective, there just wasn’t much in terms of message.

Overall a very readable and probably a quickly forgettable book.

4 thoughts on “A Spool of Blue Thread – Anne Tyler”