I heard a lot about this book before I read it, it was hard not to: it won Costa first novel award and was the book of the year 2016. Then there was a lot of positive reviews, which led me to buying it and then it lingered in my Kindle for well over a year. Finally its time has come… and probably summer was not the best time for it.

It is a story of a family, told by the younger brother. Hanny, the older brother is sick, from the descriptions it seems like it is some form of autism, but I’m not an expert, because of that our narrator steps in and becomes the carer, the only one that actually can communicate with Hanny and the only one that treats him like a human being. Mummer, a religion obsessed dominating mother, on one hand pretends Hanny is fine, on the other firmly believes that God will make him healthy again if only everyone prays enough and goes through enough obscure religious rituals. Father seems to be an almost invisible figure, always in the shadow of the mother, rarely able to say what is on his mind and resigned to this state of affairs. Every year the family, their friends and their priest go on a pilgrimage to the Loney and go through some kind of ritual to repent for their sins and also to pray for Hanny to get better. When father Wilfried dies the pilgrimages seem to come to an end. However when father Bernard arrives Mummer is able to manipulate him into organizing yet another trip to the Loney, despite very worrying behaviour of father Wilfried after the last trip.

The Loney is supposed to be a dark, scary and bleak place, with torrential rains always lashing, inhabited by few people and none of them friendly. The house they stay in is also a bit of an eerie place. All of this is supposed to gradually build the atmosphere of oppression and growing threat. This is also the point where I started wondering if this is not working for me because I read it in the park on a beautiful summer day and it was really difficult to sympathize with all the bleakness and rain, or was it because it’s just too much in-your-face, like Hurley is trying to force us to feel the impending doom.

The idea is interesting, building on good old tradition of horror combined with religion, but something in this book just didn’t work for me. Not only characters unreasonable actions (who in horrors behaves reasonably), but somehow the whole atmosphere and the fear felt forced, rather than gradually built up.

I finished this book, which is not bad, but I will not recommend it, I’m no expert in gothic horror, but I am sure there must be better books out there. I can understand why it got the first book award, because for a first book it is not bad, but I just cannot understand why it got the book of the year 2016, was it because it was the only one in its kind that year and just couldn’t be compared to anything better?

Have you ever read a book that won awards and you just couldn’t understand why? 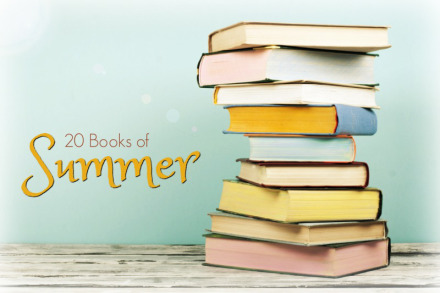