Another book I bought during my April trip to NY, and also in the Strand bookstore. It would probably sit on a shelf longer wasn’t it for the sad news about Toni Morrison’s death.

In its simplest description, it is a story of Pecola Breedlove, a black girl, from a poor family, convinced she is ugly and dreaming about blue eyes. Pecola’s parents constantly fight, often physically. Her father rapes her, fleeing and leaving her pregnant. That’s the gist of it and we are told this in the first few pages. Then our narrators try to tell us ‘why’ this happened. But as they say, the ‘why’ is difficult so they try to give us the ‘why’ through the ‘how’.

Majority of the narration is handled by Claudia, also a young black girl, from the family that takes Pecola in at some point. She and her sister Frieda are considered Pecola’s friends. Their family is the opposite of Pecola’s precarious situation. Though all of them are affected by the racism raging around them, so common that it’s normalized and somehow accepted by both sides, almost taken in their stride. And yet it damages everyone. Where Pecola prays for blue eyes, Claudia destroys her white dolls.

Entire Breedlove family is convinced they are not only poor but also ugly. The ugliness is treated as the ultimate sign of them being undeserving. And they accept that. Pecola dreams of being invisible, or white. Firmly believing this would solve all her problems.

Through the flashbacks, we get to know the story of Pecola’s parents. Cholly and Polly, both had very unhappy lives, both hoped for something more and better. And yet at some point in their marriage instead of working together to make their lives better, they turn on each other. And this is how a never-ending war starts. They take out all of their frustrations on each other. They are poor, ugly, black there is no hope for them, they lost nearly everything, so there is not much more to lose. They get locked in their despair and desperation.

The whole book is very dark and bleak, but the ending is truly chilling. What happens with Pecola in the aftermath of the events and how Claudia describes the community’s reaction to it is brutal.

It is a beautiful book, with very sensuous descriptions. A lot of the world is perceived in a very colorful way, colors often become symbolic and carry a specific atmosphere with them. There is a purposeful dissonance between the word fabric woven in a careful, beautiful and purposeful way and the bleak subject matter.

Quotes from The Bluest Eye 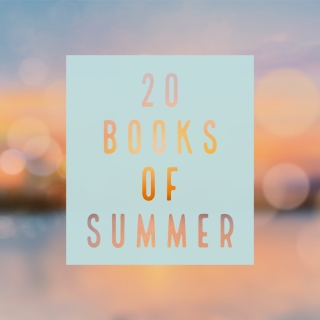 One thought on “The Bluest Eye – Toni Morrison”