The original English title of this book is Never Use Futura. I got the Polish version from my mum as a gift. In a book about a typeface, you would assume the physical side will be important and it is. The Polish edition faithfully following the standards set by Princeton Architectural Press. Each font used in the book is identified. Just in case you want to know.

In her preface, Ellen Lupton very honestly warns us that it is a book for typography snobs. So I cannot say I haven’t been warned. Yet I was still surprised. I studied history of art, so aspects of design are not completely foreign to me, even some basic notions about typography. I will shamelessly say I do know more about it than the average person you meet on the street. But clearly nowhere near enough. I struggled.

What I was missing was some more background information, setting the ground, maybe a tiny crash course in typography, before we dive in so deep that I lacked air. Thomas clearly knows what he’s writing about and has put a great deal of research into this book, the problem is he is losing his readers on the way.

The premise is fascinating: let’s take a single typeface that changed the face of the world. Futura designed by Paul Renner in 1927 is everywhere around us, yet designers are routinely warned never to use it. 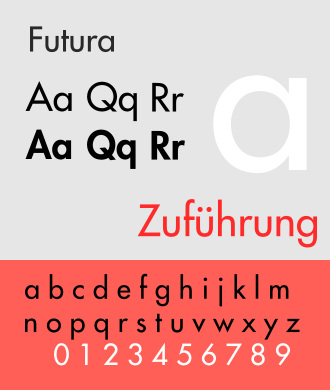 Thomas traces Futura through its history, noting it’s social, political and cultural influence and impact. The font initially embodied the modernity itself. And somehow it never lost this association. Because of it it was at times abandoned, but whenever there was a need for a modern font it always ended with Futura or one of its variations.

Douglas traces its use by NASA in the space program, in political campaigns where it was used or purposefully avoided due to its associations. At some point, he even takes us down any random street in any random town and finds a number of Futura variations in the banners and logos. We don’t even notice it anymore, and yet it’s all around us. And even if we do not realize the impact it’s still there. Our culture wired us to react to such signals subconsciously. That’s why typography plays such a role in advertising.

So yes, the material in this book is fascinating. But no it is not easily accessible. So think for yourself if you do in your heart of hearts want to read a book about typography, because if you do I’d suggest reading the Crash Course in Typography website first and only then moving on to Never Use Futura.